many ties and a few hops

Here are some of the ties that I've put up on the shop.

This one is the Red Starbust Mod tie.
The peep of red for the lining is fun. 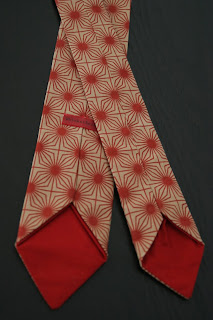 This one is the Light Skinny Floral tie.
I got so many compliments on the darker version that I had to make a skinny light version. 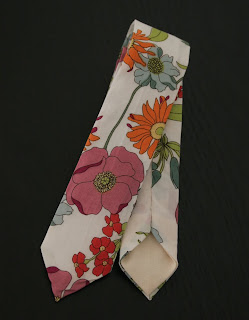 The mannequin is wearing the Bounding Dear tie.
I made this one for folks with shorter torsos. 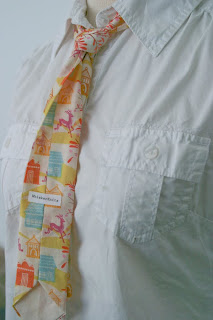 So far no sales, but a few hearts and lots of views.
I'm going to keep making and trying.
I've got some cuffs that are going to go up next.
Then a few more ties and on to making fall things.

Because before you know it, it is going to get chilly out there.

Hoppers is doing well. He had visitors this last weekend and he seemed to take to one of HT's nephews. He was very gentle with the rabbit.

I think Hoppers missed him when he left.

Though now he has a new house.
Hoppers has been letting himself out in the mornings.
As nice as it is to not have to get up to let him out, we don't keep the kitty food up when he's in bed. 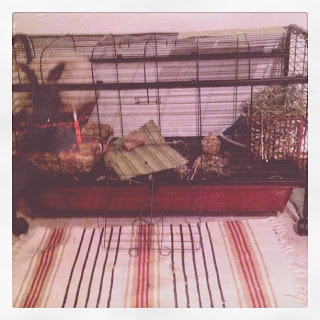 That and his old house was getting to small for him.
He's getting much bigger than I thought he would.
The new cage does have a small wire bottom on it. We tried the just flat with bedding but with his long fur it just wasn't working.

So I'm just going to keep and eye on his toes and he has lots of places to lay down that aren't on wire in there.
Though as i'm writing about it you can tell that I feel a little guilty about having a wire bottom cage. Everyone says "not a happy thing" and I get that.
But sometimes we have to compromise and he has long fur on the bottoms of his feet and like I said, plenty of places to lay.

So we will see if that works. If not, I can always take out the wire and let him hang in the deep deep pan that is under it.