Its that time again

Its that time when food and family are all we really talk about around here.
And really that's ok.

This last ThanksGiving was one of our best.
Lots of food was made the nights before so as to not be stressed. 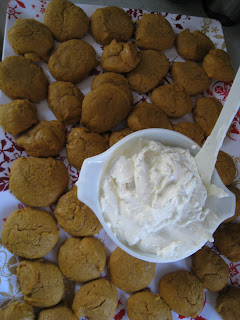 Food like these pumpkin cookies from RealSimple.
They were a big hit. And the fact that they can be made way ahead of time is a great thing. 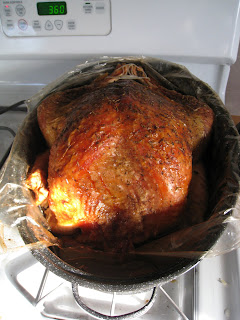 The turkey, however, does have to be made the day of.
I didn't have to get up super early though. Just a regular 7am rise and shine toss the bird in the oven.

It turned out pretty well. The meat really just fell of the bones. 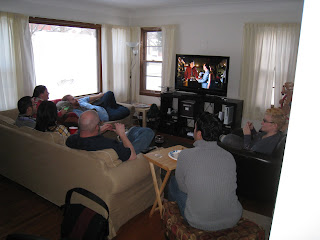 After eating a few friends left and a few friends arrived.
Then it was a zombie marathon night.
We were getting caught up on AMC's the Walking Dead.
Its more of a how humans survive than a gore fest show.
But there still are some pretty unpleasant scenes.

Though its hard to pay to much attention to even zombies when you are knitting colorwork. 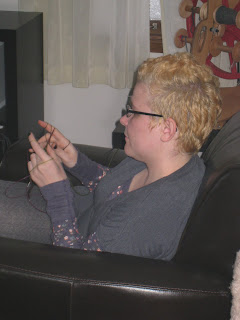 Here's to having a great or calm or both, holiday season.
Posted by ikisti at 10:20 PM